Scot Harris can’t imagine doing anything else for a living. For the many thousands of cyclists at all levels who have relied on his organized outings for scenic riding and fun with friends, that’s a very, very good thing. 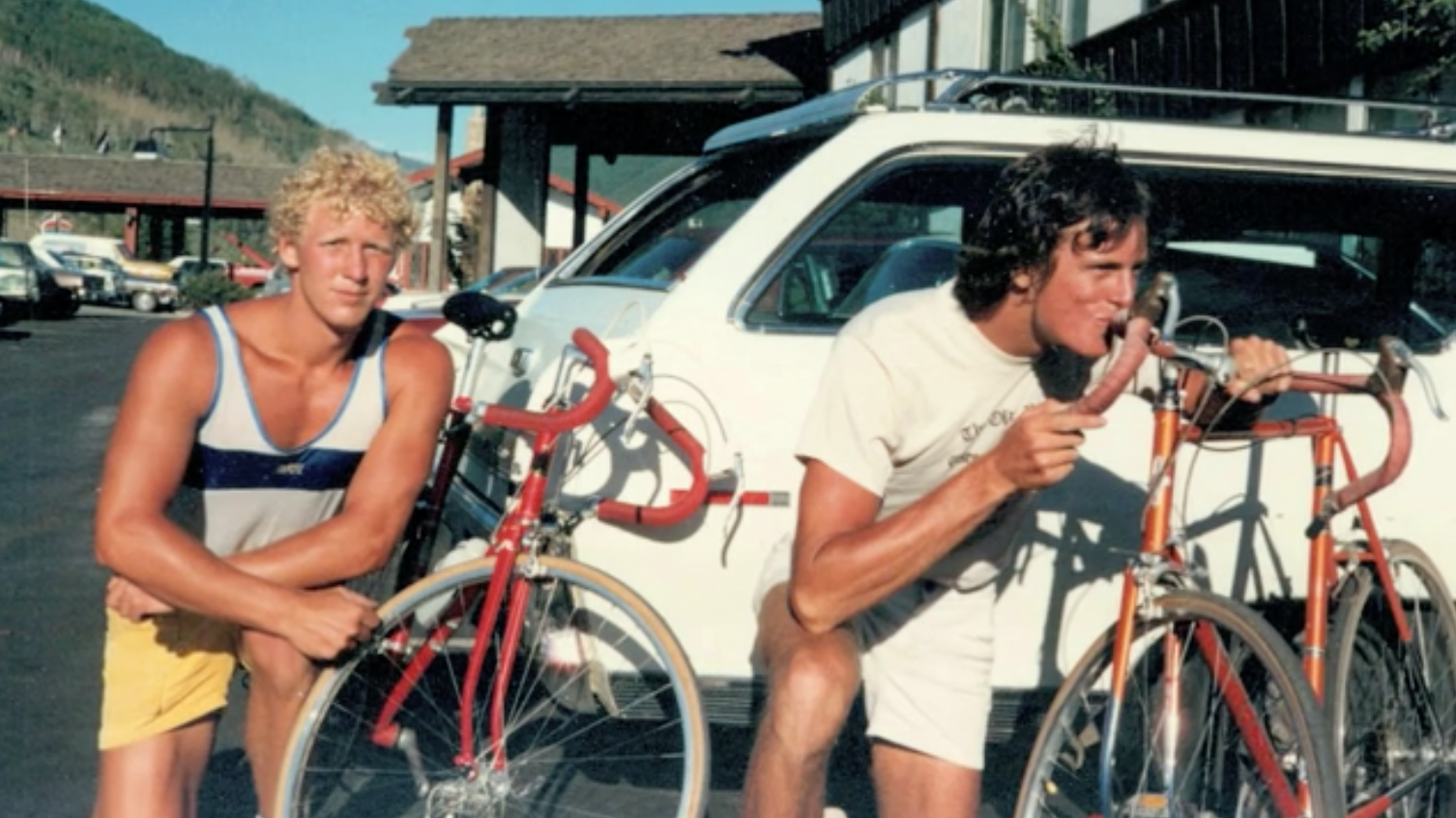 This year Harris is recognizing 30 years of putting on a Colorado biking tradition, the Subaru Elephant Rock Cycling Festival. The 2017 edition will roll out Sunday, June 4 in Castle Rock.

“It always amazes me that I’ve made a living doing this for 30 years, doing something that I love,” Harris said during an exclusive interview for Xperience Sports. “I definitely feel lucky that we started when we did. I think so much of the Elephant Rock’s (aka: ERock) success was timing, and having so much fun with it.” He chuckled as he added, “So I’m 100% unemployable at this point.”

His associate, Scotty Olmsted, just might fall into that category too; he’s been working with Harris for 12 years.

Thanks to the consistent presence of their guiding hands, the philosophy of meeting the needs of newbie to advanced riders has endured since ERock’s inaugural version in 1987. They accomplish this by offering multiple course lengths. Currently participants select from a 100 mile century, 62 mile metric century, 40 miler, eight mile family ride or 27 mile gravel course. Last year 6,500 cyclists attended the festival.

“It’s hard to have multiple courses and 14 aid stations and genuinely come up with a really good product for each of the different segments of the market,” Harris noted. “But that’s who we are. And I don’t think there’s ever any intention of changing that.”

The ERock came to life as a hands-on way to promote Harris’ then employer, Rocky Mountain Sports magazine, and to connect readers to the publication’s content and advertisers. The magazine staff sought an unusual name that highlighted the landscape surrounding the day of loop-shaped rides. They decided to call it Elephant Rock after a rock outcropping just outside of Palmer Lake near Castle Rock. The inaugural year attracted 1,200 riders.

Harris orchestrated the annual feat for ten years and then acquired it from the magazine’s owners and set off on his own. With the goal of a weekend-long festival in mind, Harris added a mountain bike course which has evolved into the 11-hour Subaru ERock Sunrise-Sunset Mountain Bike Race. For solo or team relay riders, this year’s fat tire jaunt takes place Saturday, June 3.

The organizers’ perspective as cyclists also positioned ERock for a long run. Harris acquired a cyclist’s lens in college. Olmsted gained his after joining Harris, who introduced him to the sport. Their focus on great riding in Colorado led to launching the i25Kia.com Copper Triangle which summits three alpine passes and ICON Eyecare Tour of the Moon which traces a legendary Coors Classic route near Grand Junction.

Running the festival along with two other rides makes for a full time occupation for both men. However,  their biggest payoff comes from witnessing the enjoyment riders and their friends find while pedaling along well-supported eye candy routes and celebrating later at after parties. In the interview below, the duo discusses that buzz and how they’ve achieved the 30 year milestone.

A weekend for cyclists, by cyclists

Xperience Sports: How did you get into cycling? 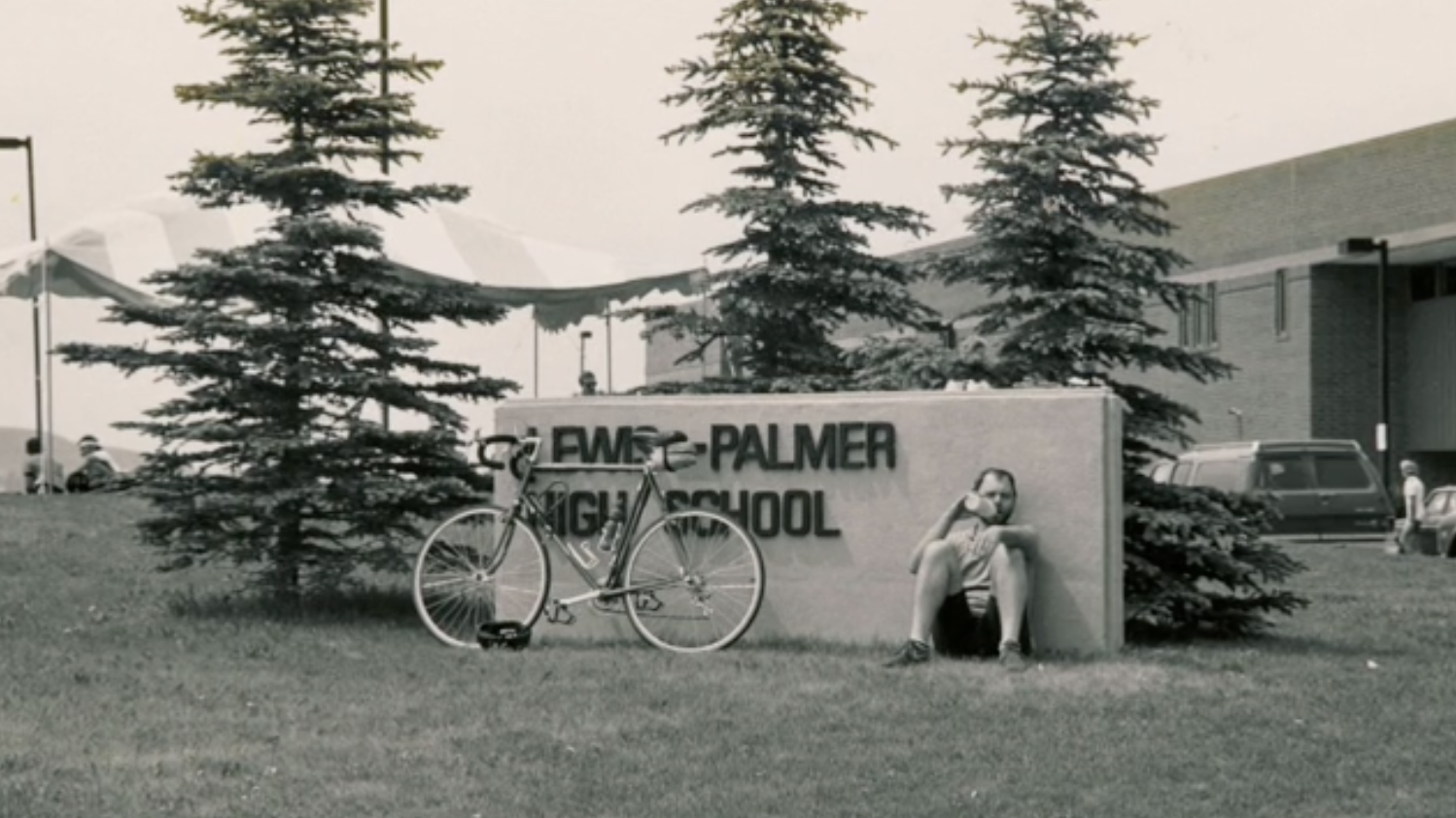 Harris: I’ll always remember the day. I was a sophomore at the University of Northern Colorado and was in the middle of finals week in the spring. I was so tired of studying that I borrowed my roommate’s Schwinn Varsity and went out and rode in the cornfields for a couple hours just to regain some sanity. And it was so fun, that was the day I told myself, “I’m gonna buy a bike.”

Olmsted: My background is in swimming. I swam in college. When I started working for Scot, he said, “You have to get a bike. We have to go out for rides.” I definitely fell a few times trying to balance while clipping in and out of the pedals. The best way to practice that, actually, is on the grass. If you fall over you’re just going to hit grass.

XS: Since you were more hardcore, Scot Harris, did you have any idols you looked up to when you first started riding?

Harris: When I started riding the Coors Classic was here. It was such an amazing time with Davis Phinney and Greg LeMond and all those guys coming to Colorado. I would always go watch those races. The old rivalry between LeMond and Bernard Hinault was certainly very memorable.

XS: Do you remember seeing any interactions between those two?

Harris: Absolutely. The year when they were teammates and all heck broke loose, I’ll never forget sitting at the Auraria campus criterium. It wasn’t so much an interaction between them as it was an interaction between the crowd and them. Every time Greg LeMond passed by the crowd would go crazy, supporting him any way they could. And every time Bernard Hinault went by the crowd burst out into a chant of “Hinault, you suck!” And I joined in. People were furious at his treatment [of LeMond].

XS: What is it about the Elephant Rock that makes it so much fun to put on?

Harris: The biggest thing is, cyclists are incredibly nice people. And easy to work with. And appreciative. So I think that has a lot to do with why I’ve done this so long. It’s been a really great group to work with. And I love cycling. I love the whole process of having a project—starting out and each year you’re done. It’s so much fun to have the work for 12 months, have a great event or party and see all your friends. You clean up and say you’ll never do it again and then you fall asleep and the next day you’re ready to do it again.

XS: Is there anything that goes on behind the scenes that people would be surprised to know?

Harris: Lots. Like my parents said probably the first five or ten years that I did this, “Scot, that is so great. What do you do the other nine months of the year?” Actually we still hear that all the time. People have no idea that two of us work year-round on permitting, with the sponsors and relationships with law enforcement, marketing. It’s an incredible job but it’s not like we’re drinking beers at 1:30 in the afternoon every day.

Olmsted: There are days when we don’t even talk, we’ve worked together for so long.

Harris: We can kind of lift our eyebrows at each other and we know what the other one’s doing.

XS: What kind of experience are you trying to create for the riders at ERock?

Olmsted: We want to create a very cool event that people have a really good time at. Making sure they feel safe out on the roads, that they have support and are not alone. An experience that makes them want to come back year after year.

Harris: That is the foundation. It’s just everything we can do to make them love cycling. And it all starts with safety; that’s the very first thing we have to do. We always start every meeting with law enforcement by saying, “This has nothing to do with money; this has to do with safety. You tell us what we need.” People aren’t going to enjoy riding their bikes and have a great day out there if they don’t feel safe. 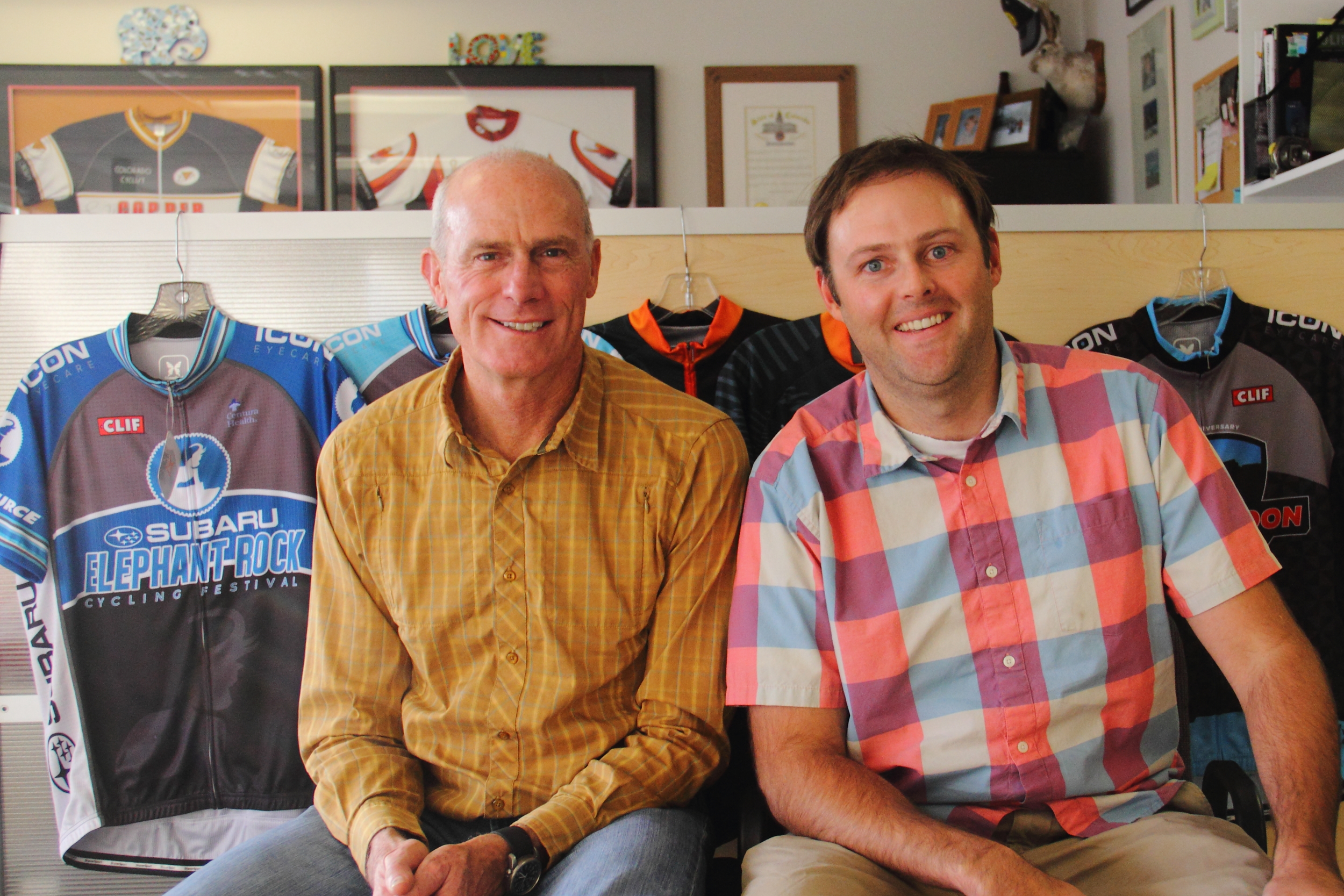 XS: How does the Elephant Rock generate love for cycling?

Harris: That’s such a great point Scotty. And, just the whole product has to be good. The courses have to be good. The roads have to be in good condition. The aid station food needs to be good. More than anything, and I think probably beyond safety, I think one thing we’ve had incredibly good success and luck with is having volunteers who create a really good vibe. They set a very fun tone. I’d bet the number one thing participants would say they enjoy and appreciate about the event is how friendly and helpful the volunteers are.

We have 650 volunteers and now work with about 30 volunteer groups—they could be a Rotary Club, a church, Boy Scouts, a high school track team. These groups haven’t all been with us for 25 years, but I can’t think of a single one that has left in about 25 years.

Factors behind decades of fun

XS: What should people know about the course?

XS: It’s almost like a way to help people grow in their riding.

Harris: We see that all the time. Many new riders work their way up to the century.

XS: Anything else on the course? Has it changed? Why is the area a great place to ride?

Harris: The 100 mile course evolved a little bit in the early years; there was always a new road being built. But it stayed largely the same until about three years ago when they paved some roads that allowed us to go further east. I think that was a real improvement to the 100 mile course. It offers some pretty quiet roads and you connect with a loop so you don’t have to ride your bike someplace and get picked up.

We wanted it to be in an area that fits early season when it’s better to not do big, long climbs, though it’s still pretty challenging on the plains. It’s an area that I loved to ride and trained in myself. Almost the entire course is old horse country and probably a quarter of the time the century riders get great views of Pike’s Peak. So our course is beautiful, but there are lots of beautiful courses. I think it’s the support and the volunteers that probably make ERock what it is.

Subaru Elephant Rock Cycling Festival, all-day Party at the Rock and expo: June 4, 2017. Register by May 30th or on June 3 or early morning on June 4.

ICON Eyecare Tour of the Moon: September 30, 2017. Register by September 26, but get in sooner as this one sells out too. 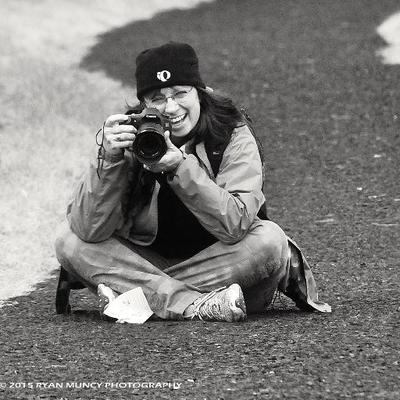 Mary Topping is an insatiably curious writer, editor and content strategist specializing in sports and healthcare. She builds meaningful experience and engagement by probing the depths of people, ideas and products. Follow @butterflywriter on Twitter. 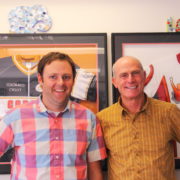